What is the most important element of a successful marriage? 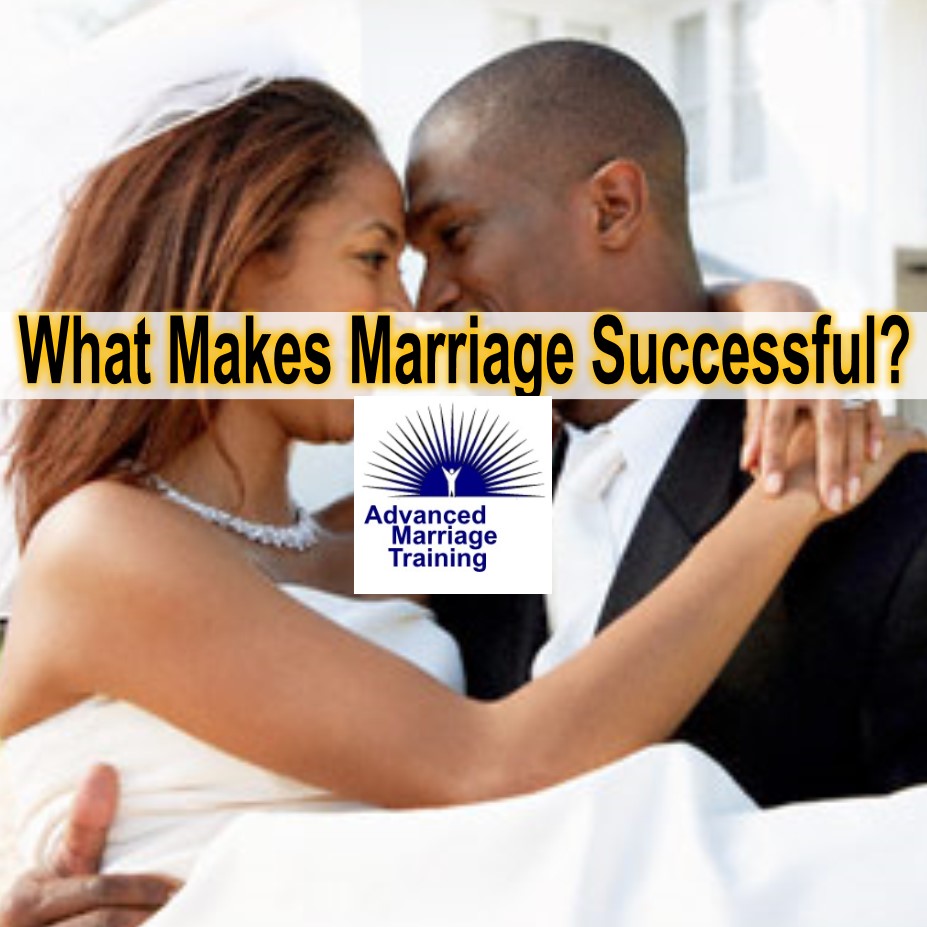 According to the article, a survey of 400 Americans who were involved in a romantic union for at least 30 years, indicated that the three most important factors in a successful marriage include communication, knowledge, and commitment.  Communication seems to be a key factor because the surveyed participants believe that most marriage challenges can be solved through open dialogue. Knowledge plays an important role too. Understanding the future for both partners is cited as important to planning a future together. Finally, commitment made the list in the top three attributes of a successful marriage. The researchers report that commitment requires a certain mindset. “Rather than seeing marriage as a voluntary partnership that lasts only as long as the passion does, the elders propose a mindset in which it is a profound commitment to be respected, even if things go sour over the short term.” While commitment is important, it is the type of commitment that ensure a successful marriage.

What type of commitment will ensure a successful marriage?

The only commitment that is necessary for a successful marriage is to replicate the original design of marriage. The original design of marriage begins with the joining of a man and woman. David provides the example of masculinity. According to 1 Kings 2:1-3, “As David’s time to die drew near, he charged Solomon his son, saying, I am going the way of all the earth. Be strong, therefore, and show yourself a man. Keep the charge of the LORD your God, to walk in His ways, to keep His statutes, His commandments, His ordinances, and His testimonies, according to what is written in the Law of Moses, that you may succeed in all that you do and wherever you turn.” This scripture is consistent with the original design of a successful marriage outlined in Genesis 2:15 – 16. A husband is to be a servant of God.

A man also has a different anatomy when compared to a woman. The sexually anatomy of a man protrudes outward while the sexual anatomy protrudes inward. A man and woman are born in this fashion and any alteration of their sexual anatomy is outside of the will of God.

Several wives proved that they were worthy helpmeets for their husbands. Sarah helped Abraham to fulfill God’s promise by helping him to become the father of many nations. When she was barren, she offered her slave Hagar as a surrogate mother to her husband Abraham. Hagar bore a son Ishmael. Ishmael became the father of twelve sons who include Nebaioth, Kedae, Adbeel, Mibsam, Misma, Dumah, Massa, Hadar, Tema, Jetur, Naphish, and Kedemah. Ishmael is recognized by Muslims as the ancestor of several prominent Arab tribes who inhabit Western Asia, North Africa, parts of the horn of Africa, as well as other areas in the Arab world. Isaac, who is Abrahams second son is recognized as the father of the Jewish nation.

Zipporah  played a vital role in the life of Moses who is considered the savior of the enslaved Jewish people. God spoke to Moses from a  burning bush. God commanded Moses to confront Pharaoh and demand freedom for all of the Hebrew slaves.  During his journey to Egypt something strange happened. Because Moses had neglected to circumcise his son God sought to kill him (Exodus 4:24 – 45). Zipporah took it upon herself to circumcise her son by cutting the foreskin with a razor-sharp flint blade. Then she said: “Surely, a bridegroom of blood thou art to me.” She was probably relieved and grateful that her husband did not die.

Priscilla and her husband Aquila were close friends as well supporters of the Apostle Paul who were founding members of the Christian Church. Aquila and Priscilla made their living together, grew in the Word together, and served the Lord together. We know that they made a living together as tent-makers (Acts 18:3). Due to the fact that tents were such a prominent part of Hebrew life, Aquila’s parents chose to teach tent-making as a means to earn a living. Later Aquila taught the skill to his wife, and she happily assisted him in his business. Aquila and Priscilla meet the Lord through Paul. Afterwards they grew in the Lord together. Finally, When Paul left Antioch on his third missionary journey, he traveled through Asia Minor by land and returned to Ephesus, where he remained teaching the Word of God for approximately three years (Acts 26:31). During that period of time, he wrote his first letter to the Corinthians and stated, “The churches of Asia greet you. Aquila and Priscilla greet you heartily in the Lord, with the church that is in their house” (1 Cor. 16:19).

As you have read, the only commitment required for a successful marriage, is a commitment to the original design of marriage.

The 3 most important elements of a successful marriage

Trenton, NJ “I would highly recommend you to any church or organization desiring to provide their people with timely marital wisdom and practical application skills”.