How can couples use disagreements to enhance the happiness in a marriage?

In a recent article, a marriage counselor provides advice designed to produce happiness in a marriage. A truly happy marriage is attainable with the appropriate leadership principles. Husbands and wives can play a primary role in ensuring happiness in their marriage by utilizing a leadership reflective process designed to limit the impact of disagreements.

According to the article, Marriage-Improvement Tips for Young Couples, arguments between the young husband and wife can impede the progress in a marriage, leaving the couple with feelings of confusion and helplessness. The author, Bob Strauss, believes that couples should refrain from attacking one another and instead provided details regarding their expectations.

Strauss utilizes the following example. Jane and William have recently celebrated their first anniversary. This is normally a happy time for a couple. However, for Jane and William, this milestone was filled with resentment and unhappiness. Jane was very angry because she believed William was relatively dismissive regarding the occasion. Her feelings were hurt. Jane expected an anniversary card, flowers and an expensive dinner at a special restaurant. William, completely unaware of these expectations, took her to dinner at a modest bistro and gave her a card that, in Jane’s opinion, was ordinary and unmemorable. Consequently, she was furious.

Jane attacked William for their differences in expectations. According to Strauss, “rather than attacking him, Jane should express how she feels and offer him an opportunity to make a more thoughtful response. William expresses regret and suggests that she should have been more explicit about her expectations. He explains that anniversaries in his family were not a big deal. This couple needed to learn how to defuse the situation, rather than escalate an argument.”

A dysfunctional organization begins with each individual use of defense mechanisms for coping. Defense mechanisms are the unwritten rules an individual learns and utilizes to effectively deal with circumstances that are upsetting, embarrassing, or threatening.

Skilled incompetence, which is the outcome of the defense mechanisms we have internalized. When the defensive behaviors we’ve learned are transformed into a learned behavior, that behavior becomes a skill – albeit an incompetent skill – that we consider necessary in order to deal with issues that are embarrassing, threatening, or upsetting. A skill that is learned from the regular application of a defense mechanism has a high degree of incompetence embedded within it, because we are unaware of how this skill will impact our future.

Defensive routines lead to fancy footwork. Fancy footwork happens when individuals try to deny the behavioral inconsistencies they exhibit, or else they place blame on other people, which results in distancing themselves from taking responsibility for their behavioral inconsistencies. Jane attacked William instead of realizing that both of them were correct with the way that they thought was appropriate for celebrating wedding anniversaries.

Jane was so angry with William that William retreated into silence. This is the way that he always responded to Jane’s anger. Now both Jane and William had hurt feelings and anger that resulted in disappointment and emotional isolation.

William attempted to explain to Jane that he was regretful and recommended that she become more direct with her expectations. The suggestion is problematic because it is after the fact and he has shifted the blame on Jane instead of evaluating how he contributed to the problem by celebrating anniversaries different from his wife.

What tool can husbands and wives use to increase the happiness in a marriage?

After the disagreement, William and Jane should have retrieved a blank piece of paper and reclined to a private place in the home and implemented the following steps:

2)      On the left column, write down the conversation that he has with his wife Jane.

3)      On the right side, write down what he was thinking for each statement that was made by him and his wife.

4)      Reflect on his thinking and determine the point where he had a opportunity to ensure that the conversation remained positive.

Husbands can use this reflective process to ensure that they enhance happiness in their marriage.

Getting Married Is Not an Accomplishment, But Finding Happiness (In Any Form) Is

10 Signs You Have A Solid Foundation For A Marriage 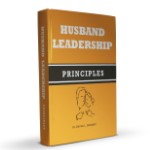